A story to tell

Bonfanti Vini is a small family-run Valpolicella wine company, the promoter of this reality is Sergio Bonfanti who as a building contractor poured his passion for wine into the purchase, at the beginning of the 2000s, of a small farm of about 5 hectares, well located at 350 meters above sea level, in Località Quinzano (Verona) in Valpolicella Doc. Although he did not come from a wine-growing family, the engineer invested confidently in a new business that with great passion for ten years has been making space in the national and international market. The tenacity and resourcefulness brought him closer to winemakers and agronomists of great culture in the wine sector, absorbing new concepts and methodologies. 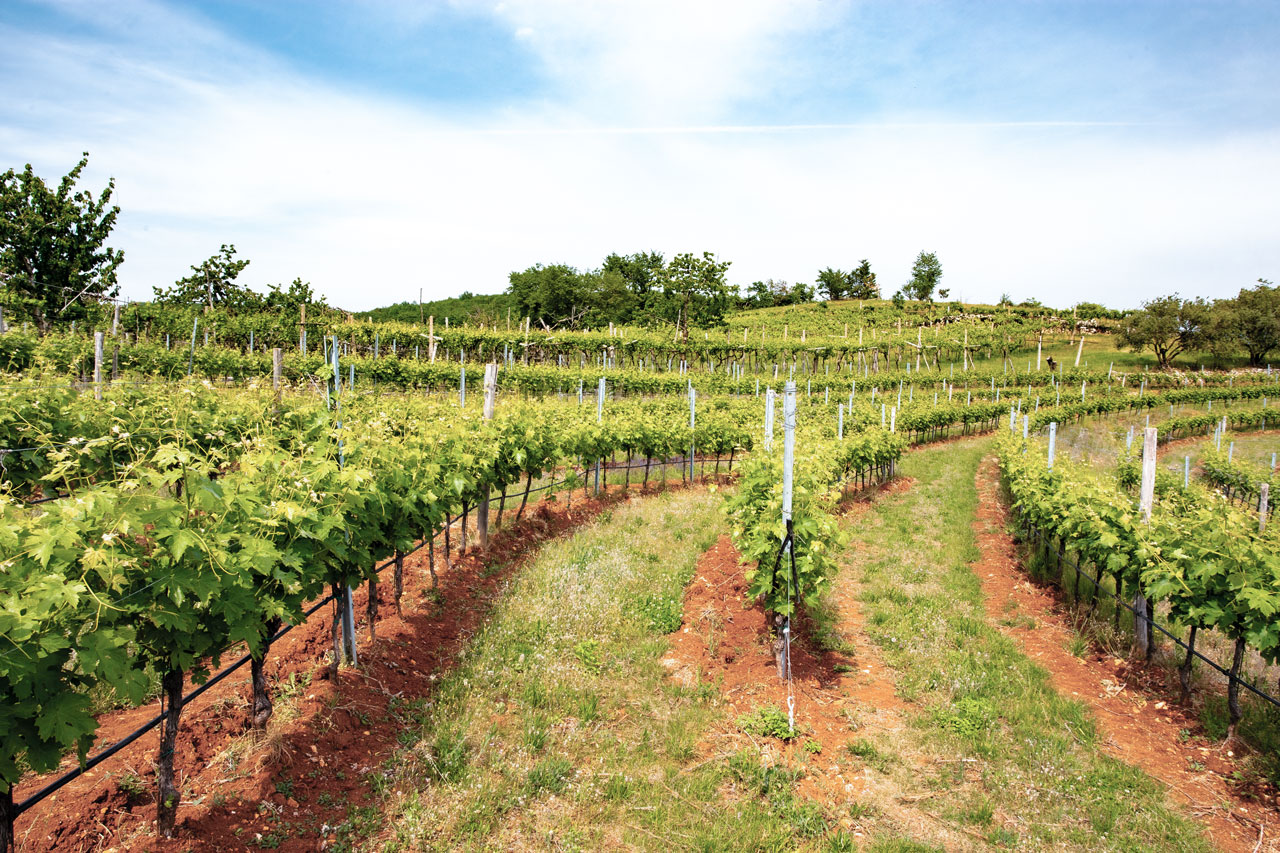 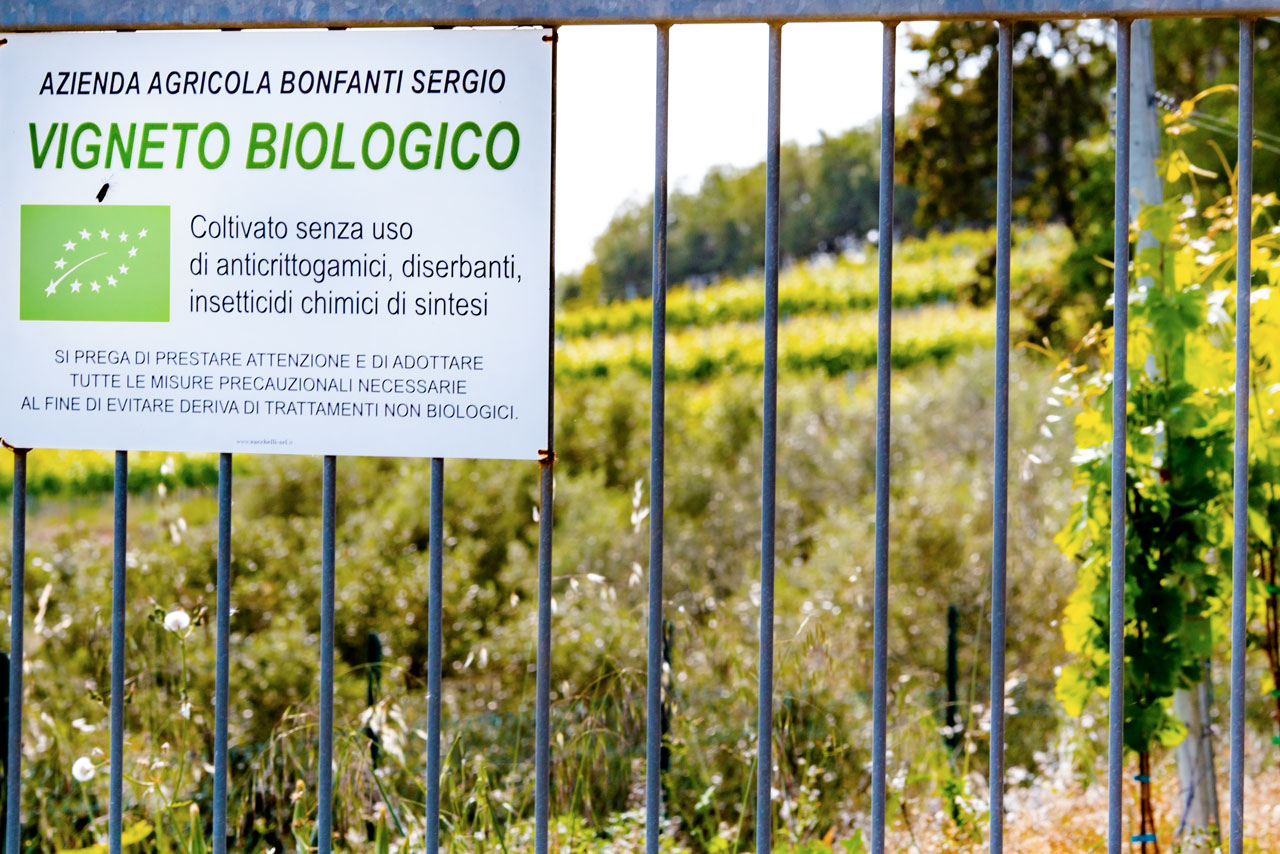 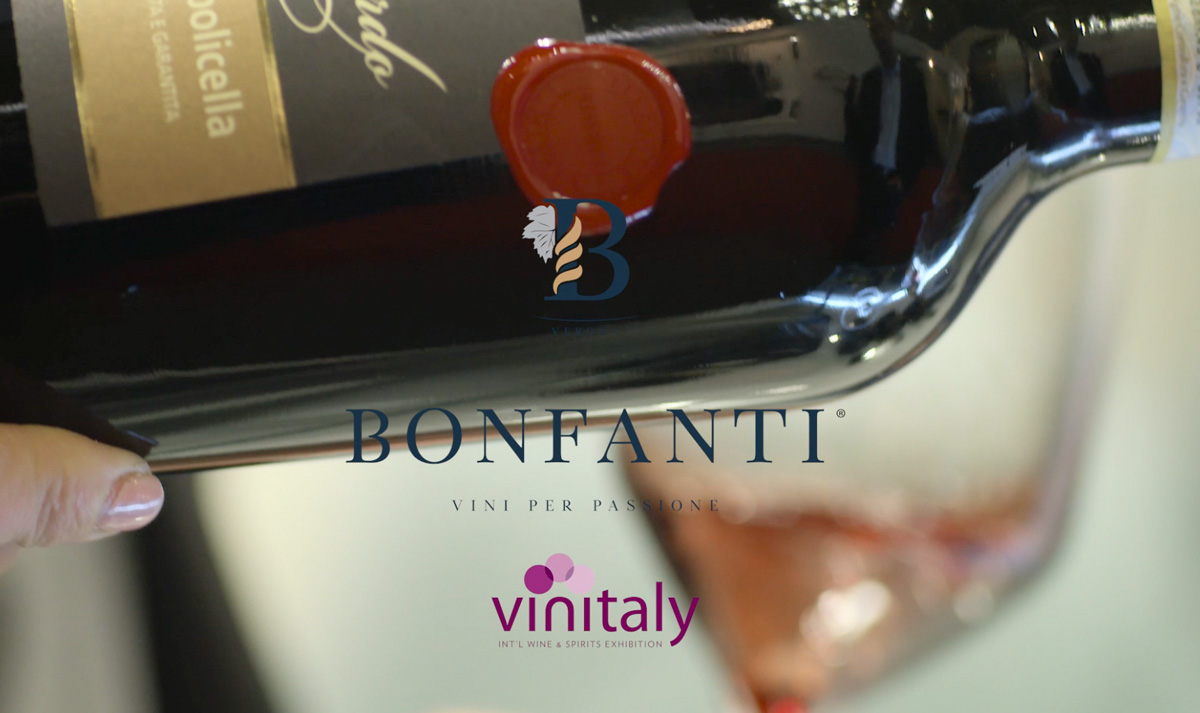 The company’s philosophy is closely linked to its terroir therefore the wines are an expression of both the soil, of a limestone nature, and of the climate, influenced by the proximity of pristine woods and the work done in the vineyard.
The small size of the vineyard has allowed it to be treated as a small creature to be protected and treated with attention and diligence in a sustainable way.
The result is a wine that does not lose in quality but that tells its story from birth, in the vineyard, to maturation and that expresses its character and elegance of the vineyard with persistent but soft tannins and aromas of ripe red fruits.
Bonfanti Vini works with respect for nature and the environment to preserve it for future generations with the aim of becoming a high-level company with a great wine personality in the Veneto region, following a long and careful path that continues to evolve and excite by obtaining certification organic already obtained in 2017, target achieved from which to contribute to improve and evolve.

Quinzano is a town five kilometers from Verona, precisely from its distance from Verona it is assumed that its toponym is born, located in the north west in a valley surrounded by the hilly belt closest to Verona with the olive tree and the vine in good symbiosis. Quinzano owes the oldest human presence in the Veronese to this happy geographical position.
The Bonfanti vineyard was born on its hills in the locality of the vaulted farm, wines within the Valpolicella doc area, (Valley of many cellars) land protected by the Adige river and the Lessinia mountains.

The vineyard stands on the hills of Valpolicella in the first defined marine period, the phase of which the various limestone deposits date back, of different colors and rich in fossil finds. A continuation of the emergence of the lands from the sea is evident in the lower layer from compact limestones and in the upper layer from the Prun stones precisely in this period the morphology of the soil evolves and the subsequent phenomenon of glaciations has contributed to the shaping and shaping of the hills . The action of the Adige river thanks to the numerous floods created superficial deposits and with the erosion of the streams the origin of the narrow inlets called “vaio”.

Among the components of the soil and climatic environment, in addition to latitude, altitude, temperature, humidity, and soil, there is also the climate which in the Valpolicella area is generally mild throughout the year, especially during the season winter, thanks to the protection to the north of the Lessini mountains and the good exposure to the sun towards the south, so as to bring it very close to the Mediterranean type, evidenced by the presence of numerous cypresses and olive trees. The climatic peculiarities of the place are certainly influenced by its conformation made of valleys placed in a north-south direction.
Precipitation is concentrated mainly in spring and autumn, while in summer intense thunderstorms can occur, sometimes accompanied by hail. Snow is rare and generally does not last long. The prevailing winter winds are the bora, which blows from the north-east, and the sirocco, coming from the south-east. Sometimes the föhn wind is also experienced, characterized by very high gusts. In summer there are usually light breezes.

This splendid vineyard, overlooking the town of Quinzano, enjoys a privileged position facing south-south / west. The terraced vineyards are planted mainly in Corvina, Corvinone and Rondinella, the medium-sized vineyards distributed over narrow rows give life to refined wines obtained from the combination of calcareous soil and soil and climatic conditions typical of this terroir.

06. Sustainability in the Vineyard

For Bonfanti Vini, working according to the principles of sustainability has for some years already become the focus of the company philosophy, so much so that it has been certified since 2017, after a three-year conversion, as a vineyard and organic winery.
The goal is to become a company that helps to preserve the environment whose respect has become a fundamental part of the work of Bonfanti wines.

The first interventions towards sustainability mainly concern the vineyard:

Respect for tradition, for the typicality of wines and for respect for nature are and will be values to be handed down to future generations so that each wine is its concrete expression.

The cellar, located in the classic area of Valpolicella in the municipality of Negrar, is equipped with containers of different nature and capacity: from stainless steel, to Slovenian oak, to barriques and ultimately to 25 hl wooden barrels as a return to authentic Amarone tradition. In this way it is possible to manage the vinification and aging of the various wines in the important stages of their maturation. 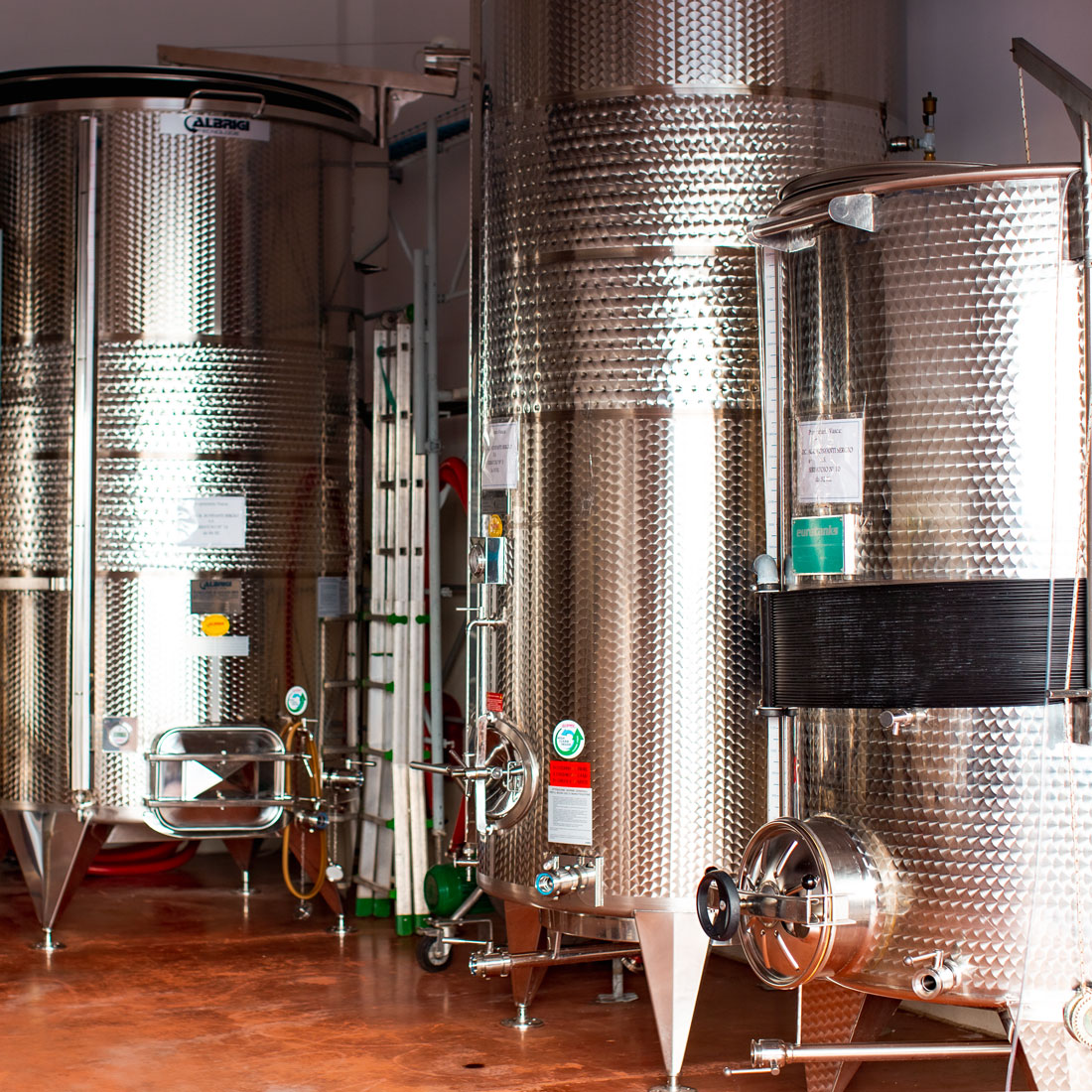 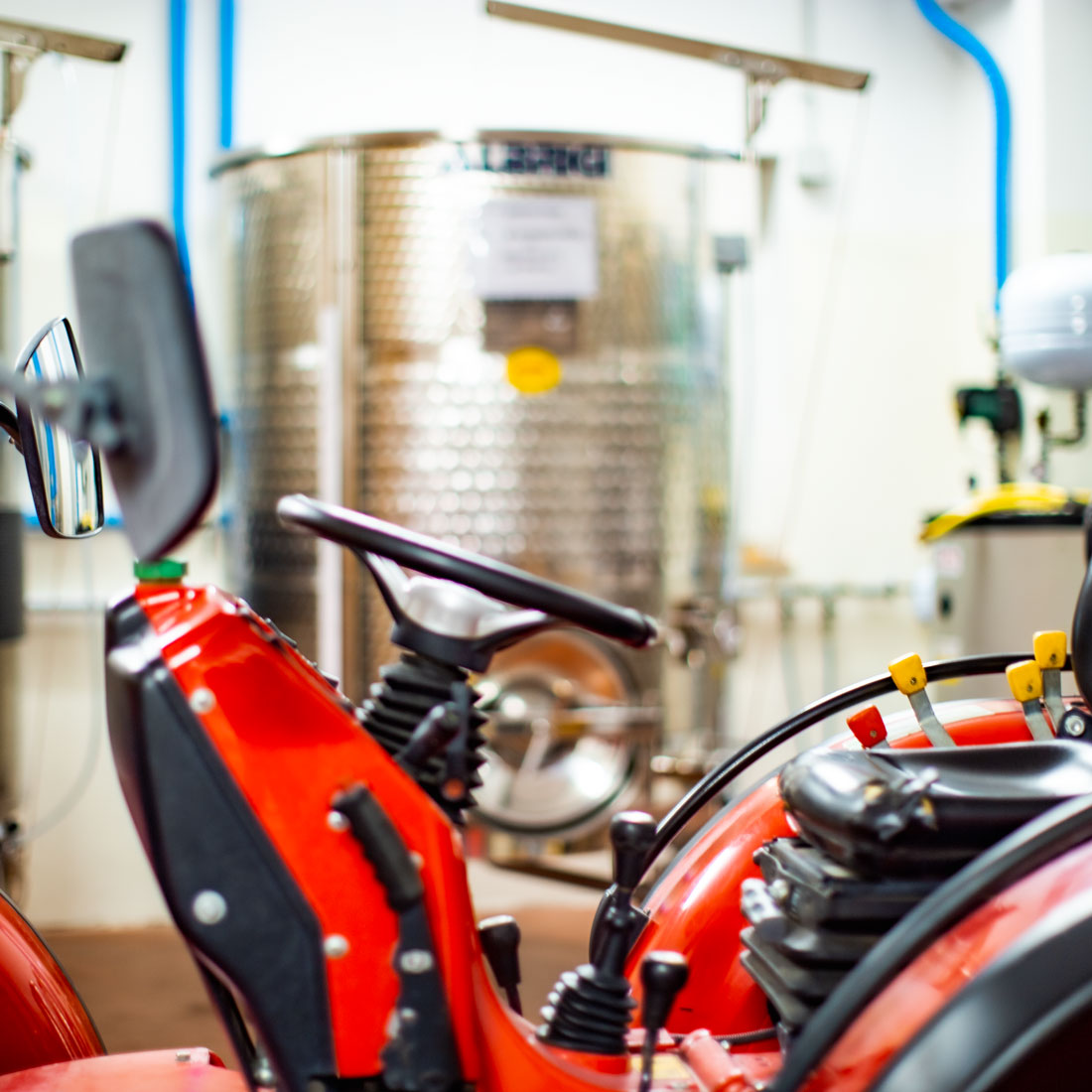 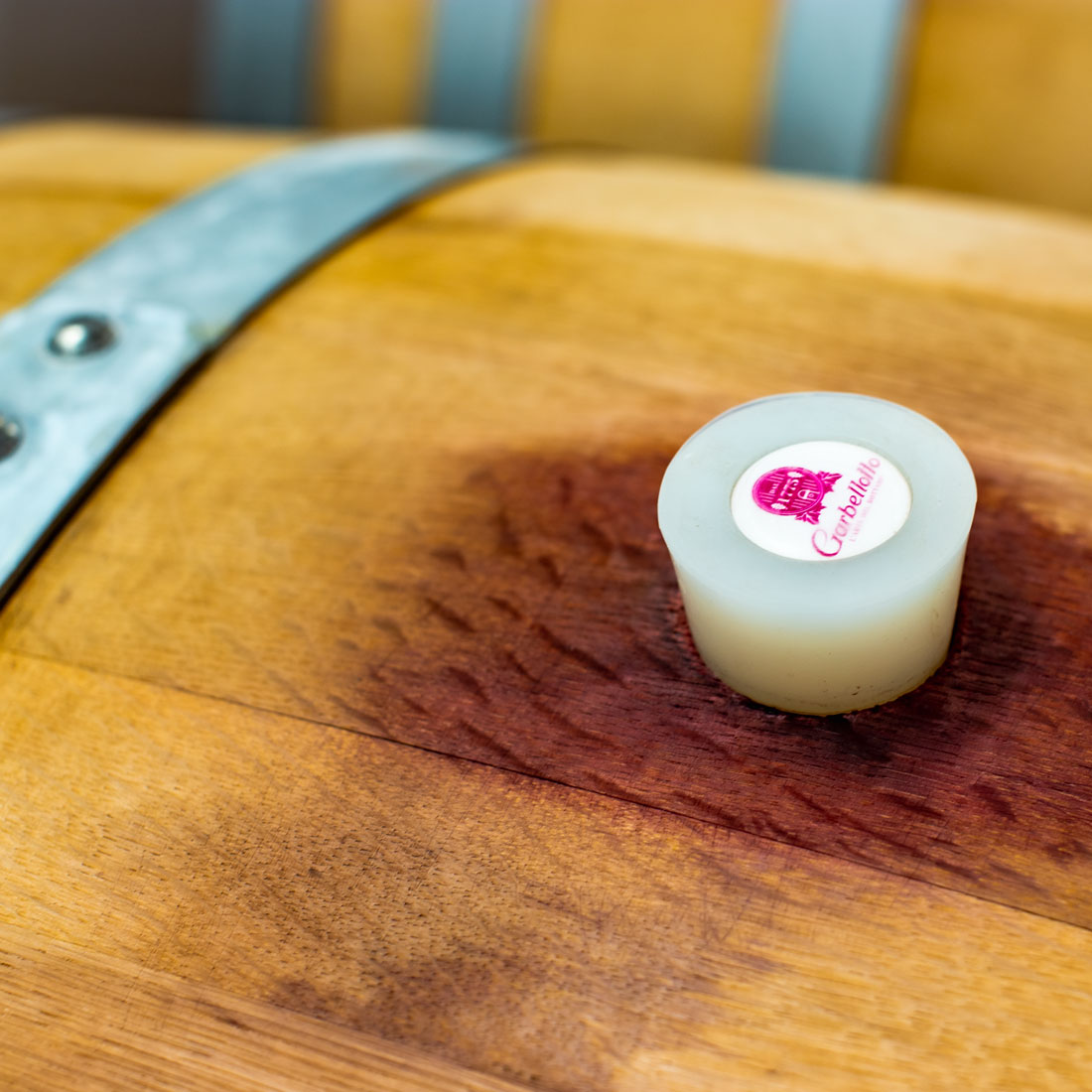 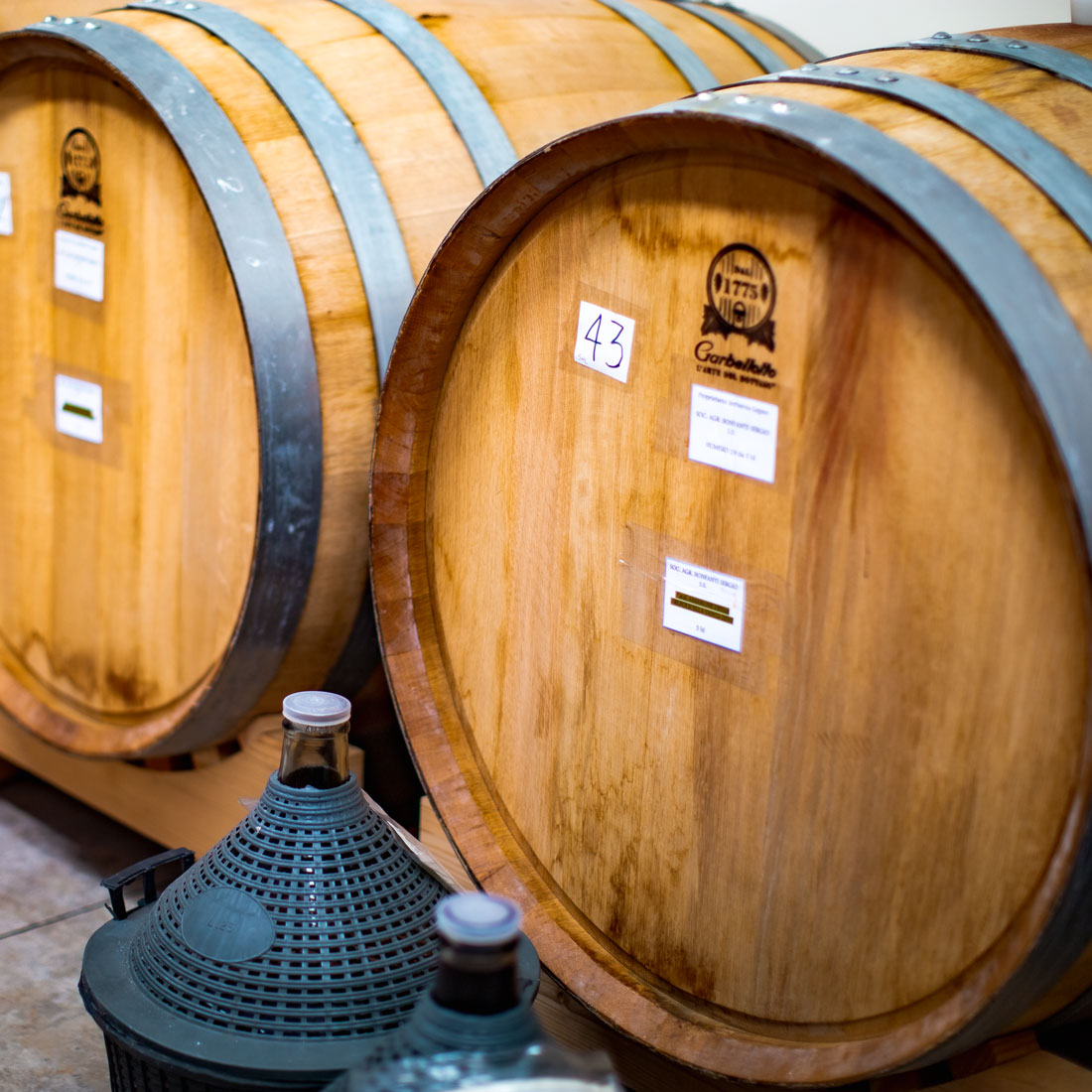 This site and the material contained therein (such as texts, images, graphics, videos, audio, software and any other form of intellectual property) use intellectual property and must be protected by copyright law. The violation of the rights set forth therein may therefore lead to the application of the application of the criminal or administrative provisions of art. 171, 171-bis, 171-ter, 174-bis and 174-ter of the law 22 April 1941, n. 633, in addition to the civil regulations regulated by the Italian civil code.